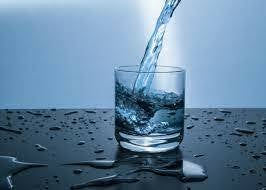 President Biden signed into law H.R. 3967 a bipartisan Act crafted to improve health care and benefits for veterans exposed to toxic substances, such as in the water contamination crises at Camp Lejeune in North Carolina. Section 804 of the Act, cited as the Camp Lejeune Justice Act states that individuals who resided, worked, or were otherwise exposed (including in utero exposure) may bring an action to obtain appropriate relief for harm that was caused by exposure to the water at Camp Lejeune. Marine Corp Base Camp Lejeune in Jacksonville, North Carolina suffered a tainted water supply from 1953 to 1987. U.S. Marine Corp (USMC) service members and their families residing and working on the base were exposed to toxic chemicals at concentrations from 240 to 3400 times the levels permitted by safety standards, resulting in a wide array of serious diseases.  One million people, and possible more, have been impacted by this water crisis.

From 1953 to 1987, the water at the military base Camp Lejeune in North Carolina was contaminated. Military personnel and civilians that lived or worked in the camp were exposed to that contamination daily. It took decades for the contaminated water treatment plants and distribution systems to be cleansed. And during that time, thousands of people were exposed to dangerous levels of toxic chemicals. This act extends the statute of limitations on civil action for those victims and creates a two-year window during which they can file a lawsuit against the federal government. YOU HAVE UNTIL AUGUST 8, 2024 TO FILE A LAWSUIT ON THESE CLAIMS. Do not wait. call the Mancini Law Group P.C. for a FREE CASE EVALUATION.

Water was provided to Camp Lejeune by several sources. Two of those sources, the Hadnot Point and Tarawa Terrace water plants, were contaminated. The toxic chemicals trichloroethylene (TCE), tetrachloroethylene (PCE), vinyl chloride, and benzene were present in the water supply distributed by those plants, and that contaminated water was present in the pipes that provided water for the entire base. People who worked or lived at the base were exposed in a variety of ways. The toxins in the water were introduced to people through their drinking water, bathing water, and laundry.

Every toxic substance present in the water from 1953 to 1987 has a caused at least one form of cancer. Research studies have also produced evidence of other medical conditions that are at least correlated with these toxins and likely caused by them.

The longer a person was exposed to the toxins, the more likely they were to suffer these medical conditions. Higher exposure is also associated with more severe cases of these conditions.

To be eligible to file a lawsuit under this act, you must have lived or worked at Camp Lejeune for at least 30 days during the timeframe of the exposure. While living or working at the camp, you must have been exposed to the toxins in the water. Furthermore, at some point since the exposure, you must have suffered harm that was directly caused by the toxic chemicals.

Additionally, you must be able to provide proof for your claims, both that you were present at Camp Lejeune and that toxic chemicals harmed you. Acceptable proof includes:

Any other document that shows you were present at the base during the years of contamination or harmed by toxic chemicals in the water may be acceptable. A lawyer can help you determine what kind of records you need before making a claim.

Finally, the Camp Lejeune Justice Act also permits people who were fetuses, in the womb of a mother who was exposed, to file a lawsuit if that exposure harmed them.

The Mancini Law Group P.C. will  investigate your claim, and work with your medical providers and other experts in the field to determine the causal relationship between your illness and the contaminated water.  A claim will be made on your behalf to the U.S. Government Torts Claims Unit (TCU). If a lawsuit is required in your case, The Mancini Law Group P.C. will bring a lawsuit on your behalf  in the U.S. District Court for the Eastern District of North Carolina.

If you would like to obtain a FREE CASE EVALUATION, please contact un online or at 773-745-1909, and one of our experienced attorneys will thoroughly discuss your case with you.

Thank you for contacting us. We will get back to you shortly.

Please complete all required fields below.